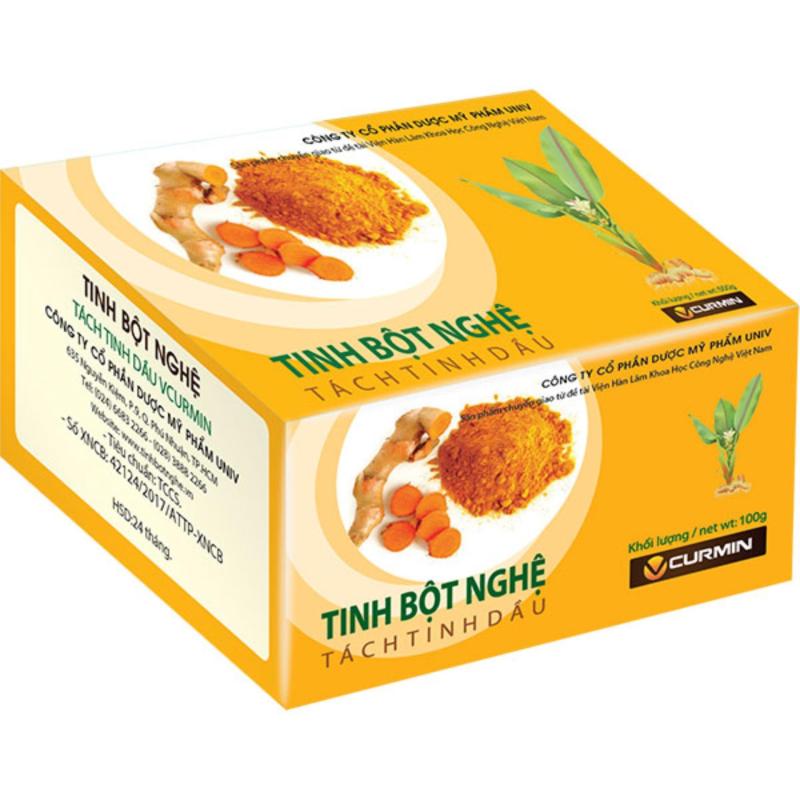 Thanh toán khi nhận hàng
The product is sold by seller and seller is responsible to issue VAT invoice as prevailing law.

Turmeric may be the most effective nutritional supplement in existence.

Many high quality studies show that it has major benefits for your body and brain.

Here are the top 10 evidence-based health benefits of turmeric.

It has been used in India for thousands of years as a spice and medicinal herb.

Recently, science has started to back up what the Indians have known for a long time... it really does contain compounds with medicinal properties (1).

These compounds are called curcuminoids, the most important of which is curcumin.

Curcumin is the main active ingredient in turmeric. It has powerful anti-inflammatory effects and is a very strong antioxidant.

However, the curcumin content of turmeric is not that high... it's around 3%, by weight (2).

Most of the studies on this herb are using turmeric extracts that contain mostly curcumin itself, with dosages usually exceeding 1 gram per day. It would be very difficult to reach these levels just using the turmeric spice in your foods.

Therefore, if you want to experience the full effects, then you need to take an extract that contains significant amounts of curcumin.

Unfortunately, curcumin is poorly absorbed into the bloodstream. It helps to consume black pepper with it, which contains piperine... a natural substance that enhances the absorption of curcumin by 2000% (3).

I personally prefer to swallow a few whole peppercorns along with my curcumin supplement, in order to enhance absorption.

Curcumin is also fat soluble, so it may be a good idea to take it with a fatty meal.

BOTTOM LINE: Turmeric contains curcumin, a substance with powerful anti-inflammatory and antioxidant properties. Most studies used turmeric extracts that are standardized to include large amounts of curcumin. 2. Curcumin is a Natural Anti-Inflammatory Compound Inflammation is incredibly important.

It helps the body fight foreign invaders and also has a role in repairing damage.

Without inflammation, pathogens like bacteria could easily take over our bodies and kill us.

Although acute (short-term) inflammation is beneficial, it can become a major problem when it is chronic (long-term) and inappropriately deployed against the body's own tissues.

Therefore, anything that can help fight chronic inflammation is of potential importance in preventing and even treating these diseases.

Curcumin actually targets multiple steps in the inflammatory pathway, at the molecular level.

Curcumin blocks NF-kB, a molecule that travels into the nuclei of cells and turns on genes related to inflammation. NF-kB is believed to play a major role in many chronic diseases (8, 9).

Without getting into the gory details (inflammation is extremely complicated), the key takeaway here is that curcumin is a bioactive substance that fights inflammation at the molecular level (10, 11, 12).

In several studies, its potency has compared favorably to anti-inflammatory pharmaceutical drugs... except without the side effects (13, 14).

BOTTOM LINE: Chronic inflammation is known to be a contributor to many common Western diseases. Curcumin can inhibit many molecules known to play major roles in inflammation.

3. Turmeric Dramatically Increases The Antioxidant Capacity of The Body Oxidative damage is believed to be one of the mechanisms behind aging and many diseases.

Free radicals tend to react with important organic substances, such as fatty acids, proteins or DNA.

The main reason antioxidants are so beneficial, is that they protect our bodies from free radicals.

Curcumin happens to be a potent antioxidant that can neutralize free radicals due to its chemical structure (15, 16).

But curcumin also boosts the activity of the body's own antioxidant enzymes (17, 18, 19).

In that way, curcumin delivers a one-two punch against free radicals. It blocks them directly, then stimulates the body's own antioxidant mechanisms.

BOTTOM LINE: Curcumin has powerful antioxidant effects. It neutralizes free radicals on its own, then stimulates the body's own antioxidant enzymes. 4. Curcumin Boosts Brain-Derived Neurotrophic Factor, Linked to Improved Brain Function and a Lower Risk of Brain Diseases Back in the day, it was believed that neurons weren't able to divide and multiply after early childhood.

However, it is now known that this does happen.

The neurons are capable of forming new connections, but in certain areas of the brain, they can also multiply and increase in number.

One of the main drivers of this process is Brain-Derived Neurotrophic Factor (BDNF), which is a type of growth hormone that functions in the brain (20).

Many common brain disorders have been linked to decreased levels of this hormone. This includes depression and Alzheimer's disease (21, 22).

By doing this, it may be effective at delaying or even reversing many brain diseases and age-related decreases in brain function (25).

There is also the possibility that it could help improve memory and make you smarter. Makes sense given its effects on BDNF levels, but this definitely needs to be tested in human controlled trials (26).

BOTTOM LINE: Curcumin boosts levels of the brain hormone BDNF, which increases the growth of new neurons and fights various degenerative processes in the brain.

5. Curcumin Leads to Various Improvements That Should Lower Your Risk of Heart Disease Heart disease is the biggest killer in the world (27).

It has been studied for many decades and researchers have learned a lot about why it happens.

It turns out that heart disease is incredibly complicated and there are various things that contribute to it.

Curcumin may help reverse many steps in the heart disease process (28).

Perhaps the main benefit of curcumin when it comes to heart disease, is improving the function of the endothelium, which is the lining of the blood vessels.

It is well known that endothelial dysfunction is a major driver of heart disease and involves an inability of the endothelium to regulate blood pressure, blood clotting and various other factors (29).

Several studies suggest that curcumin leads to improvements in endothelial function. One study shows that is as effective as exercise, another shows that it works as well as the drug Atorvastatin (30, 31).

But curcumin also reduces inflammation and oxidation (as discussed above), which are also important in heart disease.

In one study, 121 patients who were undergoing coronary artery bypass surgery were randomized to either placebo or 4 grams of curcumin per day, a few days before and after the surgery.

The curcumin group had a 65% decreased risk of experiencing a heart attack in the hospital (32).

BOTTOM LINE: Curcumin has beneficial effects on several factors known to play a role in heart disease. It improves the function of the endothelium and is a potent anti-inflammatory agent and antioxidant.

6. Turmeric Can Help Prevent (And Perhaps Even Treat) Cancer Cancer is a terrible disease, characterized by uncontrolled growth of cells.

There are many different forms of cancer, but they do have several commonalities, some of which appear to be affected by curcumin supplementation (33).

Researchers have been studying curcumin as a beneficial herb in cancer treatment. It can affect cancer growth, development and spread at the molecular level (34).

Studies have shown that it can reduce angiogenesis (growth of new blood vessels in tumors), metastasis (spread of cancer), as well as contributing to the death of cancerous cells (35).

Multiple studies have shown that curcumin can reduce the growth of cancerous cells in the laboratory and inhibit the growth of tumours in test animals (36, 37).

Whether high-dose curcumin (preferably with an absorption enhancer like pepper) can help treat cancer in humans has yet to be tested properly.

However, there is some evidence that it may help prevent cancer from occurring in the first place, especially cancers of the digestive system (like colorectal cancer).

In one study in 44 men with lesions in the colon that sometimes turn cancerous, 4 grams of curcumin per day for 30 days reduced the number of lesions by 40% (38).

Maybe curcumin will be used along with conventional cancer treatment one day. It's too early to say for sure, but it looks promising and this is being intensively studied as we speak.

BOTTOM LINE: Curcumin leads to several changes on the molecular level that may help prevent and perhaps even treat cancer. 7. Curcumin May be Useful in Preventing and Treating Alzheimer's Disease Alzheimer's disease is the most common neurodegenerative disease in the world and a leading cause of dementia.

Unfortunately, no good treatment is available for Alzheimer's yet.

Therefore, preventing it from showing up in the first place is of utmost importance.

There may be good news on the horizon, because curcumin has been shown to cross the blood-brain barrier (39).

It is known that inflammation and oxidative damage play a role in Alzheimer's disease. As we know, curcumin has beneficial effects on both (40).

But one key feature of Alzheimer's disease is a buildup of protein tangles called Amyloid plaques. Studies show that curcumin can help clear these plaques (41).

Whether curcumin can really slow down or even reverse the progression of Alzheimer's disease needs to be studied properly.

BOTTOM LINE: Curcumin can cross the blood-brain barrier and has been shown to lead to various improvements in the pathological process of Alzheimer’s disease. 8. Arthritis Patients Respond Very Well to Curcumin Supplementation Arthritis is a common problem in Western countries.

There are several different types, but most involve some sort of inflammation in the joints.

Given that curcumin is a potent anti-inflammatory, it makes sense that it could help with arthritis. Several studies show this to be true.

In a study of patients with rheumatoid arthritis, curcumin was even more effective than an anti-inflammatory drug (42).

Many other studies have looked at the effects of curcumin on arthritis and noted improvements in various symptoms (43, 44).

BOTTOM LINE: Arthritis is a common disorder characterized by joint inflammation. Many studies show that curcumin can help treat symptoms of arthritis and is in some cases more effective than anti-inflammatory drugs.

9. Studies Show That Curcumin Has Incredible Benefits Against Depression Curcumin has shown some promise in treating depression.

In a controlled trial, 60 patients were randomized into three groups (45).

One group took prozac, another group took a gram of curcumin and the third group took both prozac and curcumin.

After 6 weeks, curcumin had led to improvements that were similar to prozac. The group that took both prozac and curcumin fared best.

According to this (small) study, curcumin is as effective as an antidepressant.

Depression is also linked to reduced levels of brain-derived neurotrophic factor and a shrinking hippocampus, a brain area with a role in learning and memory.

Curcumin boosts BNDF levels, potentially reversing some of these changes (46).

There is also some evidence that curcumin can boost the brain neurotransmitters serotonin and dopamine (47, 48).

BOTTOM LINE: A study in 60 depressed patients showed that curcumin was as effective as prozac in alleviating the symptoms of depression. 10. Curcumin May Help Delay Aging and Fight Age-Related Chronic Diseases If curcumin can really help prevent heart disease, cancer and Alzheimer's... then this would have obvious benefits for longevity.

For this reason, curcumin has become very popular as an anti-aging supplement (49).

But given that oxidation and inflammation are believed to play a role in aging, curcumin may have effects that go way beyond just prevention of disease (50).

11. Anything Else? If you want to buy a turmeric/curcumin supplement, then there is an excellent selection on Amazon with thousands of great customer reviews.

I recommend that you find one with bioperine (another name for piperine), which is the substance that enhances absorption of curcumin by 2000%.

Without this substance, most of the curcumin just passes through your digestive tract. 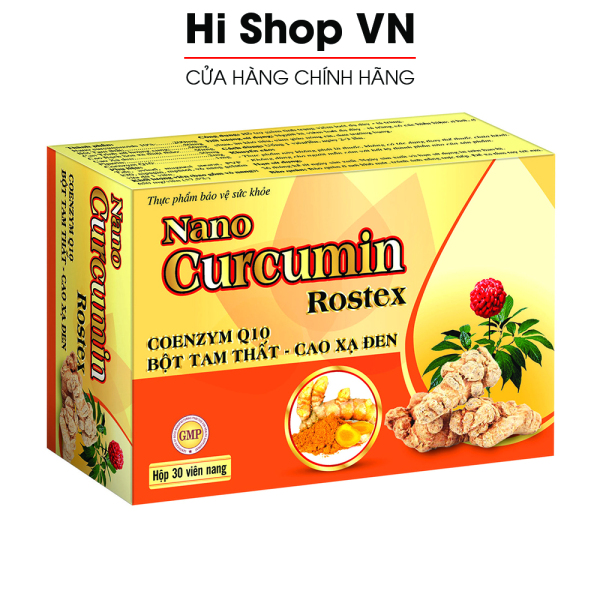 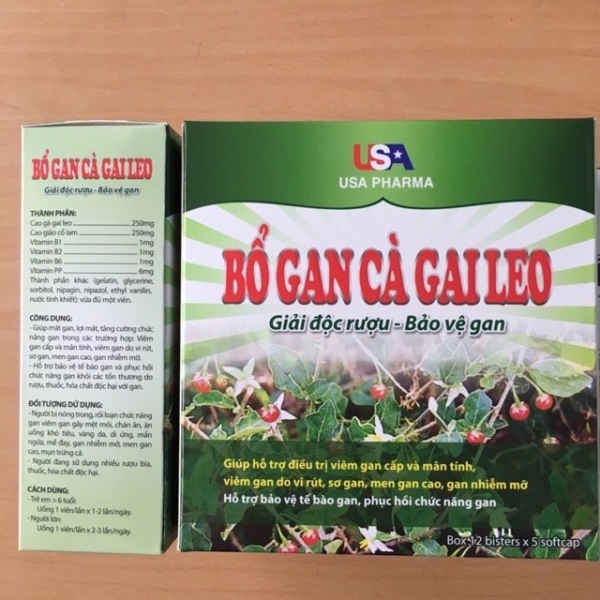 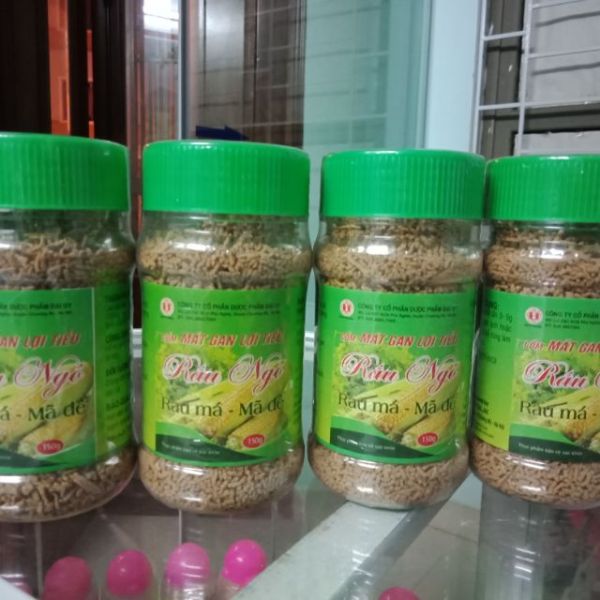 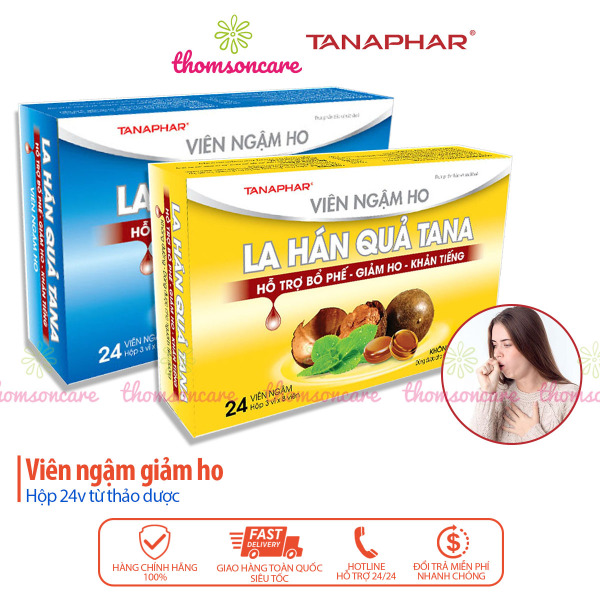 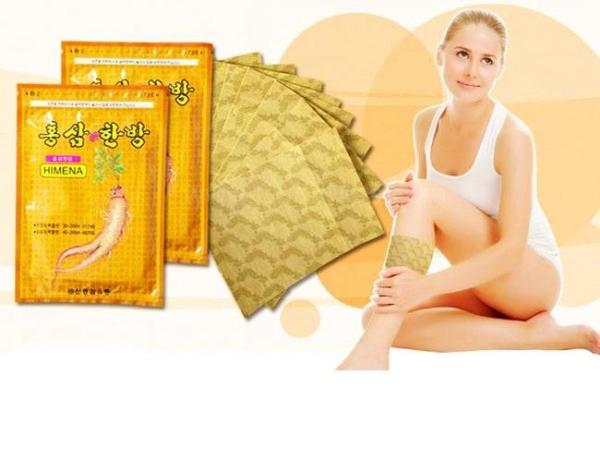 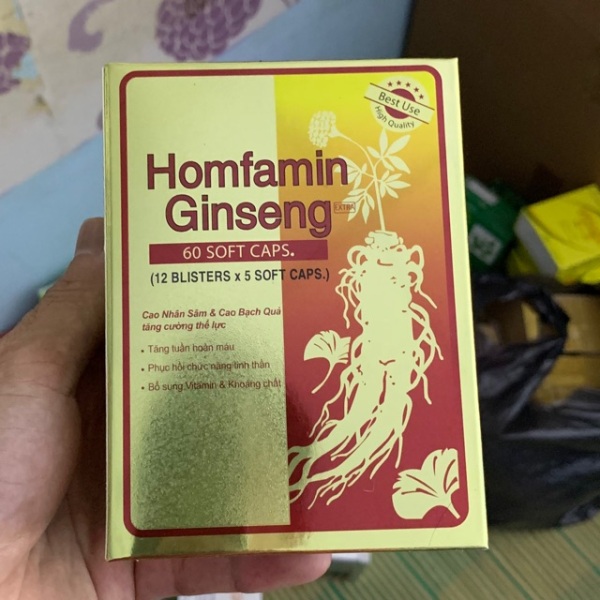 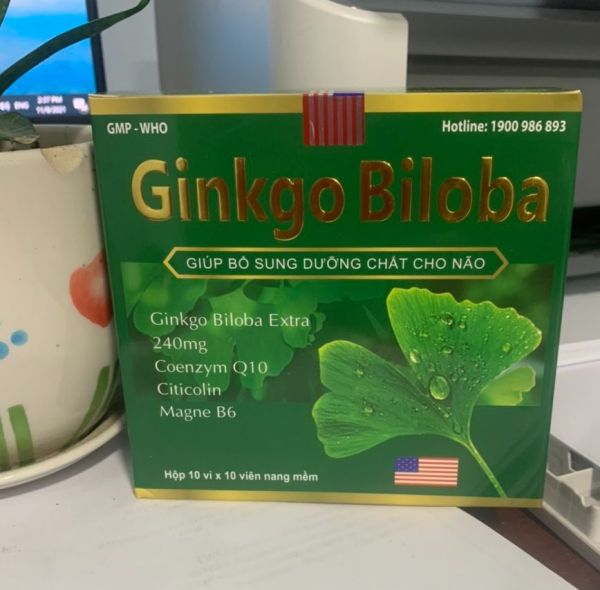 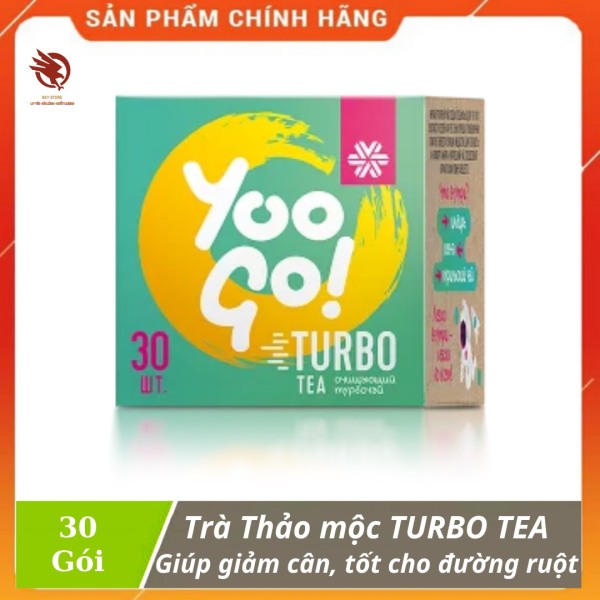 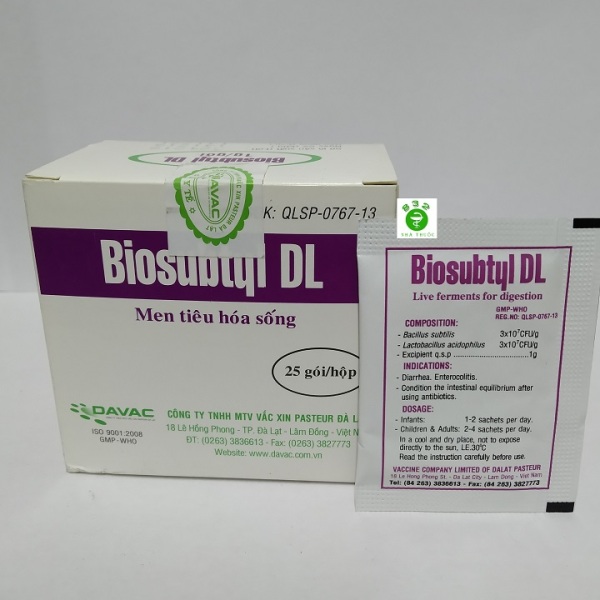 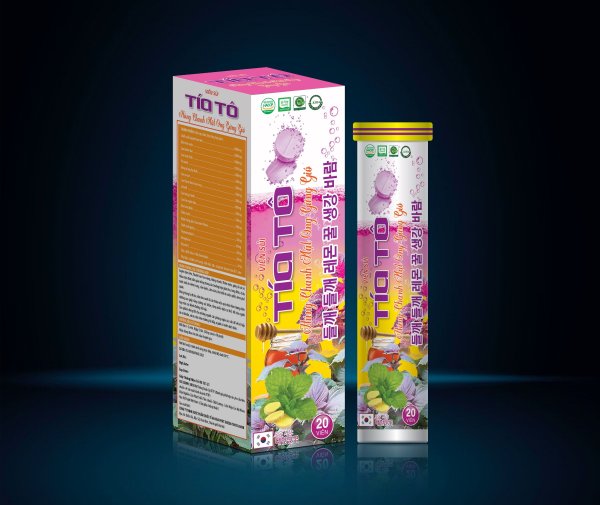 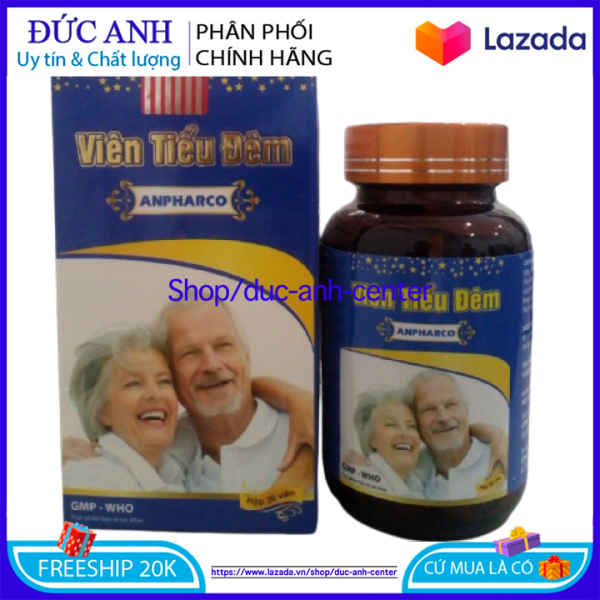 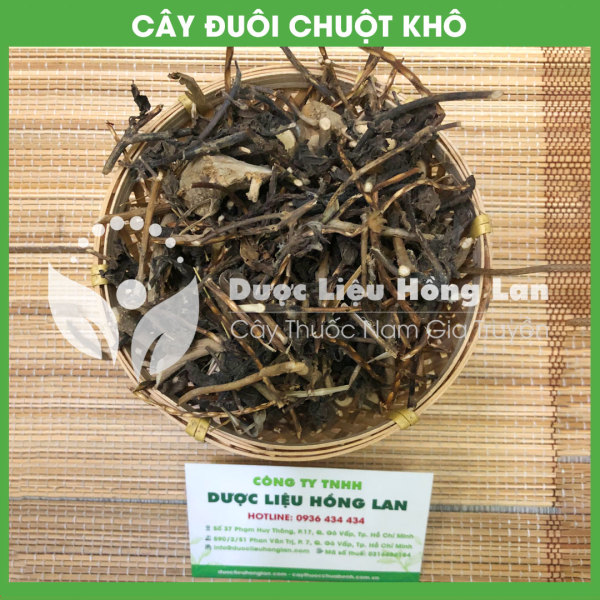 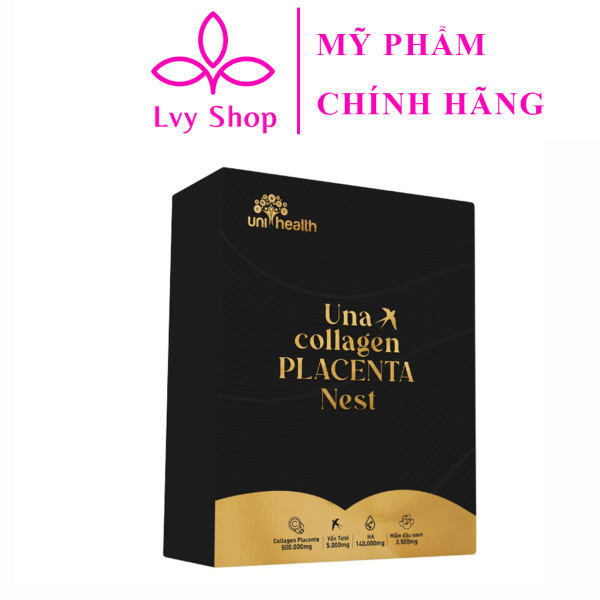 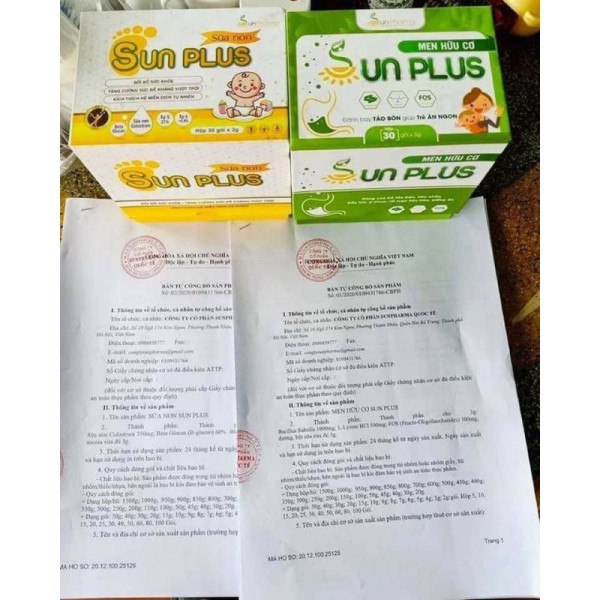 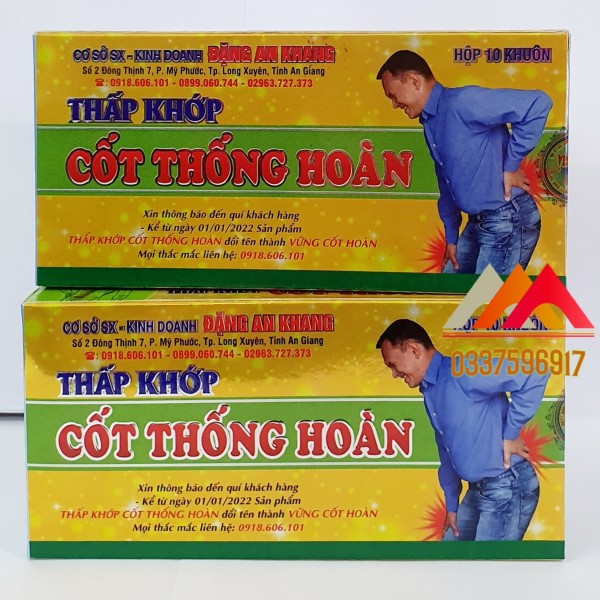 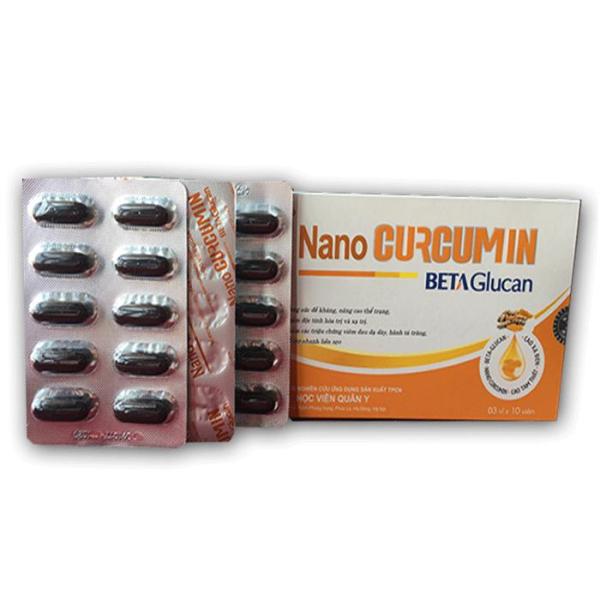